Chess. For some, the game conjures images of child prodigies like Bobby Fischer and Magnus Carlsen, deftly taking pawns with laser-focused, lightning-fast speed. For others, chess has cozier, slower associations; memories of rainy days, stuck inside, waging a long, drawn out battle against your sibling or neighborhood friend. In Greenwich Village, the game of chess evokes yet another quintessential New York image: the players of Washington Square Park.

As part of a longstanding tradition, players gather at the Park’s west end, where a stretch of game tables makes up the area known as Chess Plaza. Each table is embedded with its own checkerboard, so the players need only bring a set, a clock, and maybe a cup of coffee. It’s a familiar sight for most Greenwich Village residents: the players, many of them notorious, sitting across from tourists and locals alike, casually moving the pieces across the board. Even the child prodigy, Josh Waitzkin, for whom the film Searching for Bobby Fischer is based, discovered the game at age six while strolling through Washington Square Park with his mother. In fact, many of the park’s players are considered legends, like Cornbread and Russian Paul, and you might even end up sitting across the table from someone who has played a grandmaster.

So, how do you get in on the action? That part is simple (at least compared to the task ahead of you, should you choose to play!) While the players all love the game, many of them also make a living playing, so be prepared to pony up for a match. If you fancy yourself a chess wizard and/or are feeling lucky, find a player who will play for a wager. If you win, you’ll keep your money. If your chess skills are rusty rather than stellar, find a player who is willing to teach you. Some will charge an hourly rate to show you their tricks, and others ask for a flat rate per game (usually in the ballpark of $5). You may just come away with some new skills (and if not, at least you’ll have the memory).

If, after your game, you’re feeling inspired, take the five-minute stroll over to Chess Forum. The shop is the city’s last old-fashioned chess parlor; one of the last remaining places that encourages screen-free, face-to-face play. Bobby Fischer himself used to frequent the spot, playing pickup chess with the locals. If you find yourself absolutely frustrated by chess, that’s okay; no one will judge you for reaching for the dominoes, backgammon, Scrabble, or any of the other games on the Chess Forum shelves. If you’re in search of a truly one-of-a-kind souvenir, check out their selection of chess sets. It’s the ultimate keepsake—an aesthetically striking piece that you can actually use. And since chess originated in the 6th Century AD, it’s not likely to go out of style anytime soon.

Looking for some of the coolest things to do in our city?
Check out our Cool Stuff page for an array of resources, made for both locals and visitors alike!

Image: “Ebony and Ivory” by Bart is licensed under CC BY 2.0 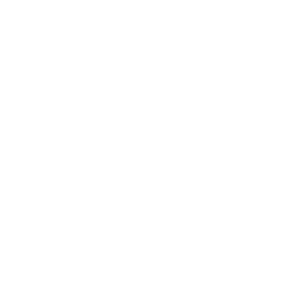