Chelsea: A Noteworthy Neighborhood—Morning till Night

When touring Manhattan and looking for lodging, it’s worth noting that the Washington Square Hotel (WSH) in Greenwich Village is centrally located to some of the most interesting neighborhoods in New York City. Chelsea, to the northwest of WSH, is no exception.

There is some debate as to what makes up Chelsea’s borders, but most folks agree that its boundaries extend from 14th Street to the south, the 20s to the north, 6th Avenue to the east, and the Hudson River to the west—an area that encompasses a mere .75 square miles! It may be relatively small, but this “postage stamp” parcel has enough to keep you busy morning till night with its architecture and history, abundance of art galleries, unique parks, thriving retail and diverse dining opportunities.

Why not start your day with breakfast or brunch in our North Square Restaurant and then set off to explore nearby Chelsea? The legendary Joni Mitchell’s 1969 hit, Chelsea Morning, was inspired by her time spent living in the neighborhood, and WSH agrees with her poetic and lyrical invitation: “Oh, won’t you stay, we’ll put on the day and we’ll wear it ‘till the night comes.”

According to Wikipedia, Chelsea was named in the mid-1700s by one of its original land owners, Thomas Clarke. A retired British Major, he named the neighborhood after the Royal Hospital Chelsea in London, England. His descendant, Clement Clarke Moore, along with business partner, James N. Wells, were the original developers of the neighborhood in the early 1800s. Keeping true with marketability based on location, they targeted affluent New Yorkers looking for residences located away from commercial and industrial areas in the city.

Despite their initial intent, within three decades industry began to encroach inland from the Hudson River. Railroad tracks laid by the Hudson River Railroad dissected the neighborhood in 1847. By the time of the Civil War, lamp fuel distilleries and gas works were further industrializing Chelsea and attracting immigrants seeking employment in its many distilleries, breweries, warehouses and factories.

Advances from industry brought more time for leisure, and Chelsea soon had its own theater district, including the Pike’s Opera House built in 1868. Renamed the Grand Opera House the next year, the building survived until 1960 on the corner of Eighth Ave and 23rd Street, where it served as an RKO movie theater.

During this mid-to-late 1800s period, the neighborhood continued developing, including construction of the famous Hotel Chelsea at 222 west 23rd Street. Designed by the architectural firm, Hubert, Pirrson & Company, it was New York’s tallest building at the time. This Queen Anne Revival/Victorian Gothic style structure served as an apartment complex, until it was converted to a hotel in 1905. Guests and residents include: the late poet Dylan Thomas, author Samuel Clemens (Mark Twain), poet/author Jack Kerouac, playwright Tennessee Williams, rock legend, Jimi Hendrix, and film director Stanley Kubrick. After the turn of the century, Chelsea became home to several motion picture studios, best known for filming screen legend Mary Pickford’s World War I era films. Investors continued to develop Chelsea, with each phase recognizable by period architecture, such as the 24-story, art deco-style Walker Tower designed by architect Ralph Thomas Walker. (It is also historically notable to mention that in the 1940s, Chelsea was also the location for the storage of tons of uranium used for the Manhattan Project.)

By the late 20th century, Chelsea was designated by the New York City Landmarks Preservation Commission and its streets are lined with period architecture recognized by the National Register of Historic Places. Since the influx of immigrants in the 1800s, Chelsea has remained a diverse neighborhood and the community is home to a large LGBTQ population. A true melting pot, Chelsea’s shops and restaurants represent a vast social and ethnic diversity for the tasting. 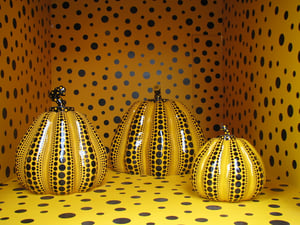 With more than 200 art galleries, Chelsea is a mecca for art and culture. The ten-block gallery district spans and area from 18th to 28th Streets, between 10th and 11th Avenues. Some city-wide favorite gallery picks include the Gagosian, which has exhibits in Chelsea at both 555 West 24th Street and 522 West 21st Street. Larry Gagosian opened his first gallery in Los Angeles in 1980, expanding his contemporary and modern art displays into Chelsea five years later. Today, the Gagosian is a network of 17 exhibition spaces in the U.S., U.K., France, Switzerland, Italy, Greece and China. Expect to see anything from current international artists like German photographer Andreas Gursky to historical exhibitions showcasing the works of Jackson Pollock, Andy Warhol and others. Click on the link above for information about current exhibits.

The 303 Gallery at 555 W. 21st Street was first established in 1984 by director and owner, Lisa Spellman at 303 Park Avenue South. Despite several moves over the years, the 303 moniker has remained. The gallery moved to Chelsea in 1996, and the current location opened in 2016. The gallery has hosted a variety of modern artists working in a range of mediums from sculpture by Danish artist Jeppe Hein, light displays by Hawaiian born Kristin Oppenheim, to whimsical oils by German artist Hans-Peter Feldmann. Click on the link above to see current lists of exhibitions.

A trip to the Chelsea gallery district wouldn’t be complete without a visit to one of the David Zwirner galleries, located at 525 West 19th Street and 537 West 20th Street. Considered one of the world’s leading galleries, expect to see the work of some of the world’s most innovative artists, such as textured brushwork paintings by Lucas Arruda and abstract explorations of form and color by the late Anni Albers. 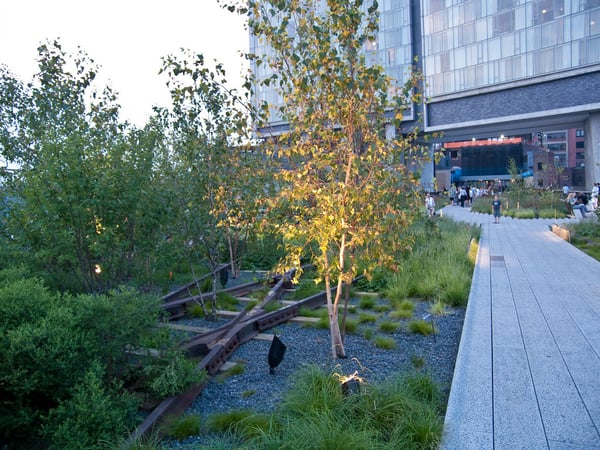 Take a walk on the High Line .

The High Line viaduct is an aerial greenway situated along the original Hudson River Railroad line that dissected the neighborhood in 1847. Rail services were ended in the 1980s and the system was redesigned, opening in 2009 for its current purpose. The 1.5 mile long park extends from 34th Street south to 14th Street, with several access points along the way. Not only does the High Line intersect the gallery district mentioned above, the greenway offers views of iconic landmarks, including the Statue of Liberty and the Empire State Building. Don't forget to take in some of the historic Chelsea architecture along the way. Click on the link above for more information.

The 28-acre Chelsea Piers located between 17th and 23rd Streets, is likely on your destination list. Known as “New York’s ultimate playground,” there is something for everyone, from sports activities to drop-in activities and event hosting, Chelsea Piers is an epicenter for Manhattanites and visitors alike. 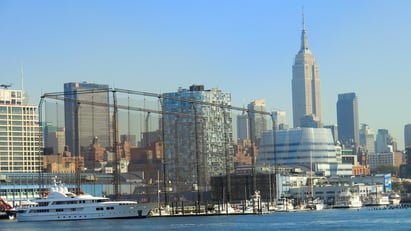 The complex opened in 1995 on several neglected Hudson River piers and offers more than 25 different sports. Drop in activities include batting cages, bowling, a golf driving range and rock climbing. For more information, click on the link above.

If you are in the vicinity of Chelsea Piers, why not consider taking a Hudson River cruise? The Chelsea Piers Maritime Center has a variety of ways to see the city by boat from tours to dinner cruises. For links to options, click on the link above.

There is no shortage of dining or retail opportunities within New York’s Chelsea neighborhood, but there is one spot that is guaranteed to offer something for everyone, the Chelsea Market. Located at 75 9th Avenue, it is the site of the former National Biscuit Company factory building where the Oreo cookie originated. The Market takes up an entire city block and boasts more than 35 vendors. It has been drawing crowds since it opened in 1997 and attracts more than 6 million visitors annually. A true shopper and foodie paradise, patrons can find everything from antiques to sushi—and everything in between! Click on the link above to find out more about New York’s favorite market.

If you are looking to combine sightseeing, exercise, food and culture, check out the Foods of New York Chelsea Market and the High Line Food and Culture Walking Tour. You will get the inside scoop on the 120-year-old building housing the Chelsea Market with all its culinary delights, and take in the nearby Gansevoort Market, as well as getting a guided historical outdoor tour (weather permitting) of the High Line park.

BACK TO BLOG
PREVIOUS ARTICLE NEXT ARTICLE

Peek in Our Windows